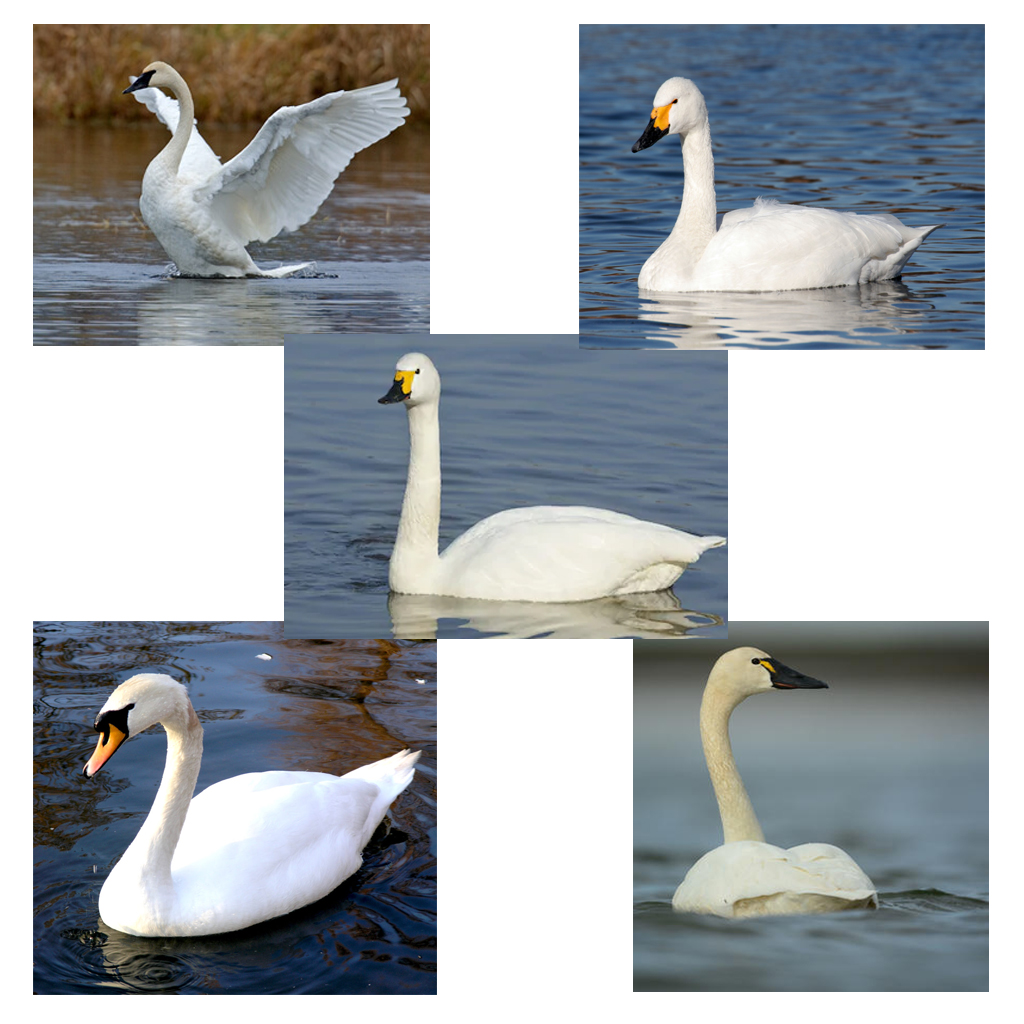 Living in the United Kingdom, North America or anywhere you find swans in large numbers, one must have noticed that these birds really do not look all the same. This leads us to wonder if there are actually different types of swans. Well, yes, there are different species of swans and for you to be able to identify which one is which whenever you see them, you need to have an idea what the species are like. So, in this post, I will be sharing with you the different species of swans we have that are walking the earth and show you how to identify each of them in case you come across any. 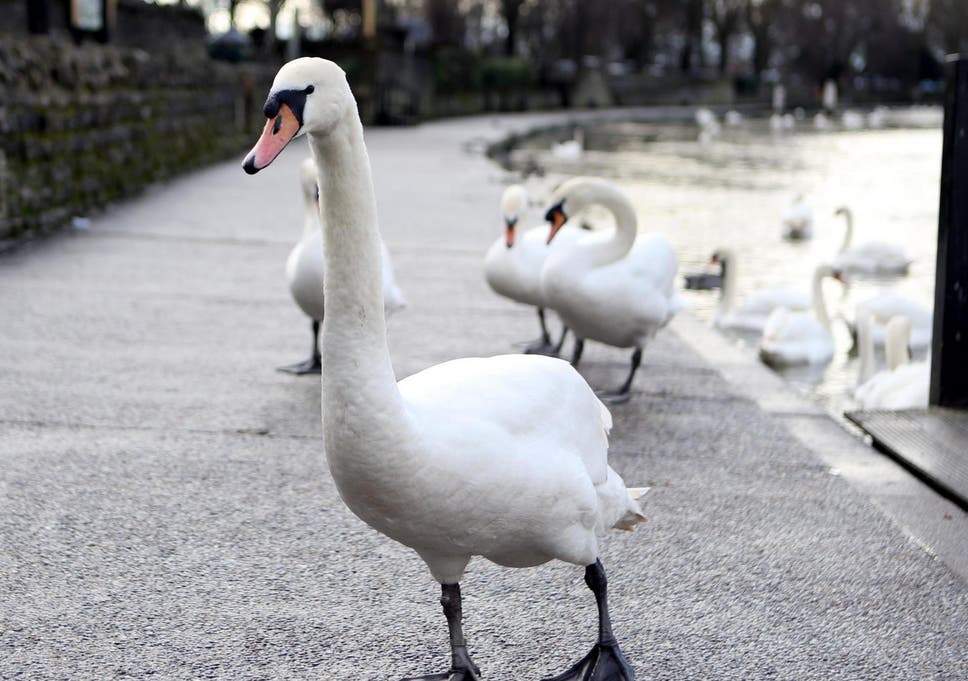 Swans are the birds belonging to the family of Anatidae and they are in the category of the largest flying birds. They are also regarded as waterfowl because they mostly rely on water bodies. You can find them in lakes, ponds, slow-moving rivers, wetlands, marshes and more. They are mostly found in pairs (usually male and female) and their bonds hold very strong and deep that one might not survive when the other is gone.

The male swan is called the Cob. He typically weighs more and looks slightly larger than the female (which is known as the Pen), although it is often difficult to tell the male and female apart. The female swan usually incubates the eggs and sometimes the male can come in to help. Both parents do take care of the young ones once they are hatched and these young swans are called cygnets (pronounced “sig-nets”). Cygnets have grey feathers, typically remaining on the head and neck through its first year.  At the point when they become “sub-adults”, they have white feathers like an adult, but won’t reach breeding age until age 3-6 years. Sub-adult swans often remain in groups until they are old enough to form their own pair bonds.

The Major Different Species Of Swans

The Mute Swan is one of the species of Swans and can be found in urban lakes, farm ponds and coastal estuaries. It is an elegant swan with its long neck curved into an “S” shape and an orange bill. Most times it holds its wings raised slightly above its back. Mute swans are really large birds with sizes ranging from 144 to 158 cm. The wingspan can be 2 to 2.5 meters. The male and female swans look alike, however, the male is usually bigger in size than the female.

The adult mute swans mate for life and they usually breed once in a year. The female lays an average of five eggs per season and it takes 36 to 38 days for the eggs to hatch. Mute swans hardly nest in colonies and if at all they nest, the nest site is usually large mounds that they build with waterside vegetation in shallow water or at the very edge of a lake. They are the more aggressive ones and can run quite fast even though they have an awkward gait. Their name doesn’t really mean that they are mute. They are just less vocal ones compared to the other swans.

Trumpeter is referred to as the largest of the native waterfowl in North America, and it is one of the weightiest birds you can find around. This type of swan was almost extinct in the 20th century. Ideally, the trumpeter is attuned to human disturbance. It could recognize the friendliness or dangers posed by humans. Trumpeter naturally habitat includes lakes, ponds, large rivers irrespective of the weather. The trumpeter swans like picking food from under the water or above waters surface and sometimes they feast on food on the dry land. This species is the one that actually lives according to its name. They are quite boisterous and the name trumpeter just speaks volumes about their loud and energetic nature.

Trumpeter Swans are usually tagged by biologists simply to follow their progress, breeding patterns and degree of success in relearning their migratory routes. If you actually find a swan that is having a card-like tag around their neck, they have been tagged and you too can even find out about such a swan by sending the details to the Trumpeter Swan Society.

Tundra swans are usually described as graceful swans. They can feed and even sleep afloat water which is quite amazing. Its common name is Tundra swan while its scientific name is known as Cygnus columbianus. It’s an omnivore bird and its body size is about 3.9 to 4.8 feet while its wingspan is 5.5 feet. The tundra weight ranges between 8.4 to 23.1 pounds which is a size that is relative to a 6-foot man. Tundra has some fascinating attributes like how it flies some 3,725 miles round trip between their distant habitats, and it usually does this twice in a year.

It is believed that Tundra swans mate for life and they usually lived in a group as couples for almost an entire year before breeding. During winter, they usually move in a large group but they breed as solitary pairs or couples. The defence of their territory is carried out by the couples in it.

Tundra makes its nest using large sticks with moss and grass and this nest is located close to a pond or other water source. Tundra females usually lay about four eggs and it takes 32 days for the eggs to be incubated. While the female is busy incubating the eggs, the male counterpart provides some sort of security by guarding the nest and the young ones. Tundra has the ability to resist predators or enemies especially when provoked.

Apart from the there main swans we all know of, there are two more that are a rare breed but are still swans nonetheless. They are not found everywhere like the others but they are common in UK, Iceland and North America. These two include:

The whooper swan is a very rare breeding bird that is also a big migratory bird. It is a large northern hemisphere swan which is mostly seen in winter.  This swan is said to be the Eurasian counterpart of the North American trumpeter swan. Its average lifespan is ‎9 years, weight is: ‎9.3kg and wingspan is ‎2.3m.

With their pure white feathers, black webbed feet and legs and a beak that is orangey-yellow at the base and black at the tip; the Whooper swan is considered the most elegant of the swan family. Their eggs are large and elliptical with an off-white colour and they have got a long thin neck which they usually hold erect.

They are sometimes considered as the Eurasian race (subspecies) of the Tundra and we can see why as they look a lot like the other. Its average lifespan‎ is ‎9 years and it has a weight of ‎5-7kg and a wingspan of ‎1.9m.

The identification of swans is important because globally, many people are not aware of the different swan species. For instance, in some countries in Europe, it is legal to shoot goose species; one could mistake swan for the goose if you don’t even know how to tell it apart from a distance. So it is important for people to know how to identify these in case they go waterfowl hunting. Having a good knowledge of the different swans makes it easy for people to also help protect and preserve them from even going extinct.

Identifying swans sometimes can be a difficult thing to do; however, there are some distinct features you can use to identify the different species. There are both general and keyways one can use to identify species of the same kind of animal and these are:

Similarities To Observe Among The Swans

Differences Among The Three Swans 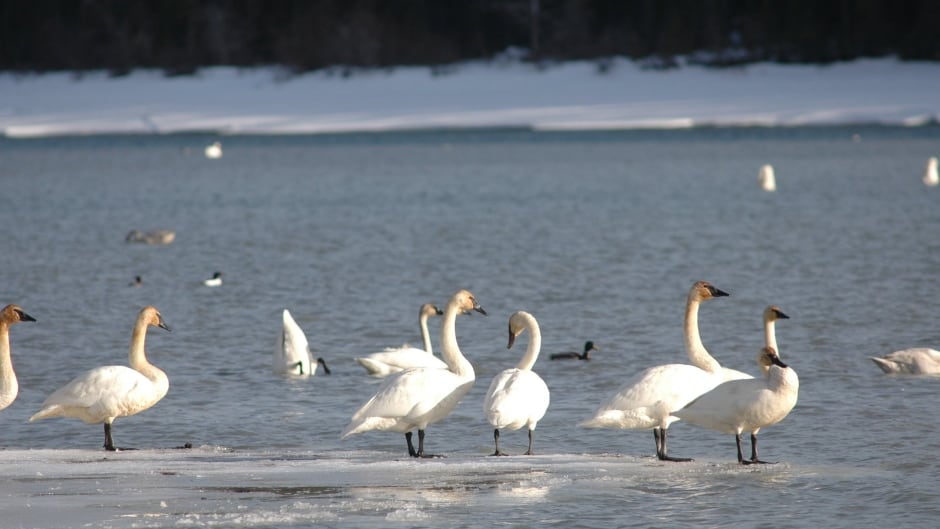 Swans are amazing kind of birds and the three different species are wonderful species that share both similar and dissimilar characteristics. They are lovable, cute and elegant birds. If we can all identify which is which, it will help us in many ways. At least if you can tell which is a mute swan, you will know better than to go anywhere near it when you know it can turn aggressive anytime it perceives you to be a threat.

I believe with the above we can at least tell each swan apart whenever we come across them anywhere.