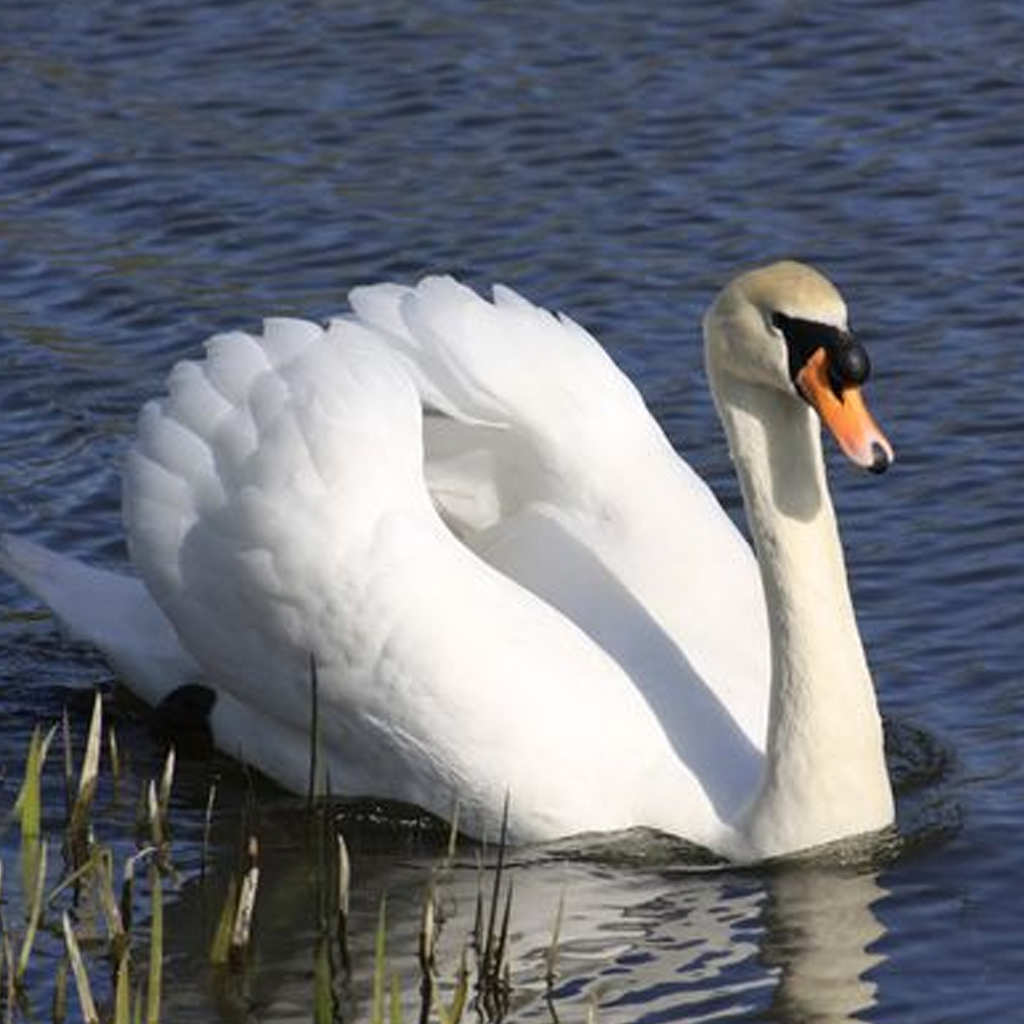 Swans are known for their grace and unique beauty which makes people consider them as “ornamental birds”. They are the largest of the aquatic birds and are closely related to the goose and duck. If you have taken much interest in them and wondered if they are flightless birds or if they can actually fly, don’t worry you are not alone. In this post, I will answer that question and also give you a little insight into the world of swans that would interest you.

Birds that can fly usually have wings and a honeycomb-like bone structure to make them as light as possible. However, swans are among the heaviest birds and their bones are weaker than those of other animals. Even with that, swans can fly even as high as 8000feet and as fast as 60miles per hour when on a flight in a wedge. They can make their migration of 1,000 km (620 miles) in just hours. And when a swan flies, it reveals so much strength, balance and charm; these make it stand out from other birds. 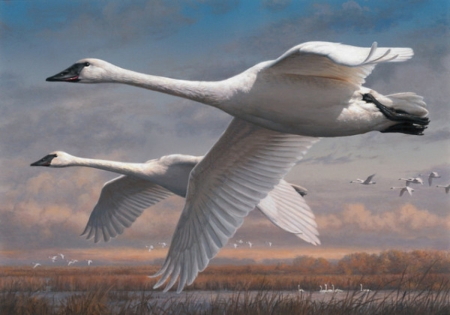 What Is A Flightless Bird?

Flightless birds are birds that through evolution lost the ability to fly. There are some birds that fall into this category like the Ostrich, Penguin, Kiwi, Duck, Chicken and many more. Fortunately, swans do not fall into this category and that makes them more lovable for those who have already taken a good interest in them. Swans may be found more in water, but when there is a need, they can fly just as impressive as any other flying bird.

Swans typically weigh from 11.3 to 15.88 kg (25 to 35 pounds) and stand at 4 feet or 1.2 meters. From the tip of their bill to the end of their tail, they measure 5 feet or 1.5 meters. Looking at this stat size of a regular swan one would think that swans may be unable to fly. But as always, this beautiful creature we all love still proves to do more amazing things each time. For instance, swans are commonly known to fly at 7000-8000fett. But there is a current record holder, the Whooper swan (Cygnus cygnus) which has been witnessed by airline pilots to have gone as far as an altitude of 29,000 feet! How cool is that?! Although that altitude should be seen as an exception and not a common event, it still goes a long way to show how powerful the swan’s wing can carry it.

When Do Swans Fly?

Swans start having the urge to fly right from when they are still cygnets (babies). As early as four (4) months, they are already building up for their first flight. All they need is to develop and maintain their very powerful chest muscles that will in turn power their wings for flight. Once they are all pumped up to fly, they take off and don’t look back. However, swans are flightless when they moult – which is to shed their old feathers to make way for new growth. And they usually do this in late summer (typically in July or August each year). They generally spend this period on large lakes where they are relatively safe from terrestrial predators since they can’t fly at this period. But when their feathers are back and maybe during colder seasons, they take off and fly to a more favourable environment. They usually undertake substantial migrations between their breeding grounds (which is on large ponds and lakes) and wintering grounds (on lakes or estuaries). Sometimes they can travel thousands of miles back and forth each year between places.

Why Do Swans Fly?

Since swans are heavy birds with weaker bones, we may wonder why do they even bother flying when it will likely consume a lot of their energy. You may be right, but swans need to fly and the most important reason swans fly is migration. There are times or seasons when swans need to leave their current environment to another, for this reason, they have to take flight. They move together while rotating leaders and only making brief pit stops to refuel.

They still fly for other reasons but when they do, it’s usually not as high as when they are migrating. Some other rare reasons why swans would fly include: 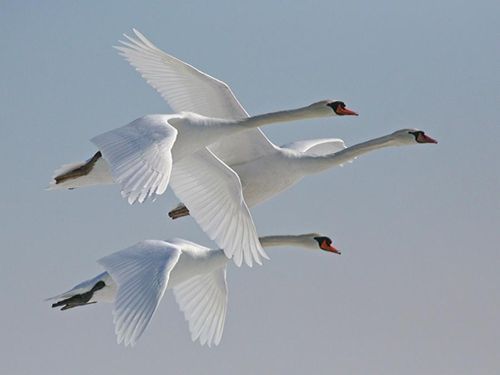 Swans, for sure have won the majority of our votes for the natural world’s most graceful and beautiful creature. The word “bird” actually sounds too shallow to describe these incredible creatures called the Swan. They really seem so much more than just a bird. Even with a lot of limitations that would have hindered them from flying, they still come out graceful and strong enough to soar higher than some birds that share almost the same characteristics with them.

2 thoughts on “Is Swan A Flightless Bird?”