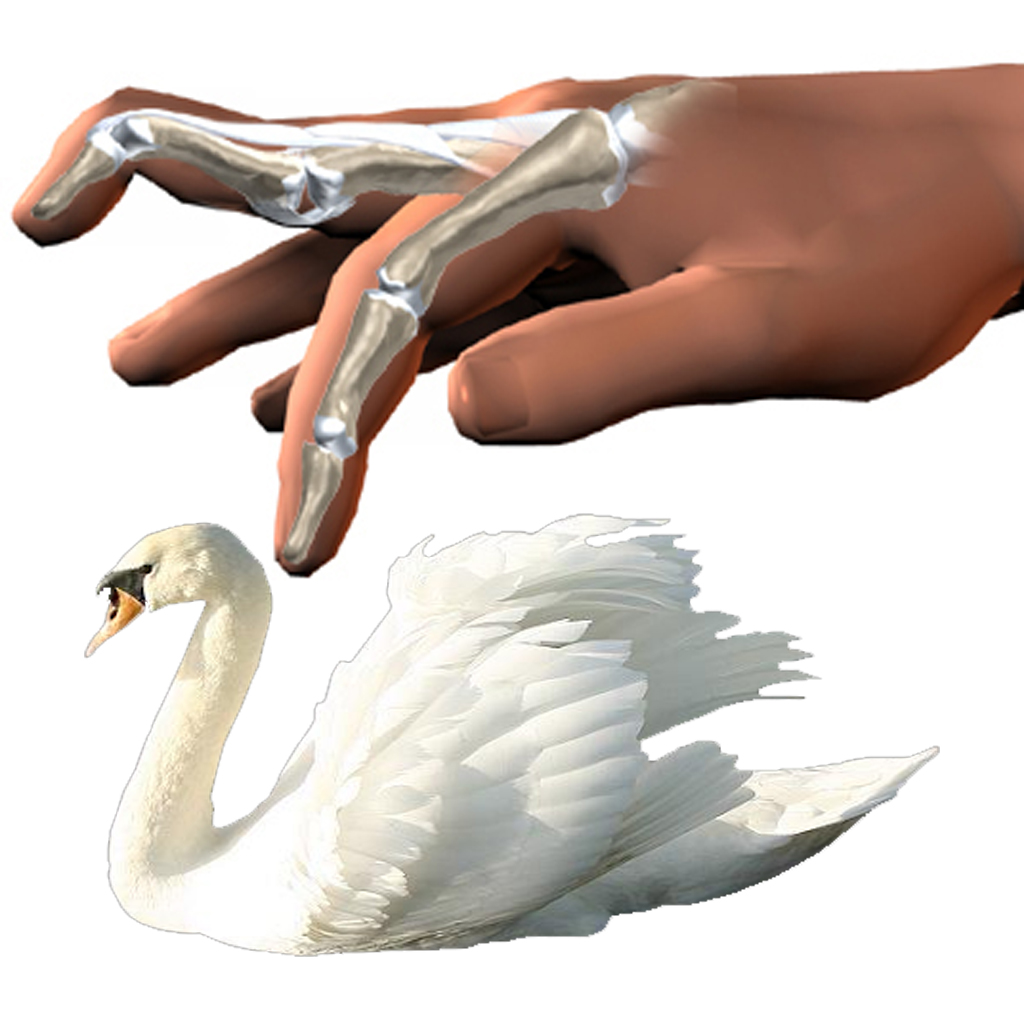 Are you one of those who have heard a lot of people talking about the swan neck deformity but had no idea what it is? Well, I was in the same boat too and when I finally learnt what it is about, I was really shocked as it was nothing close to what I had in mind. In this post, I will tell you what exactly the swan’s neck deformity is all about, the signs, what causes it and the treatment too.

What Is Swan Neck Deformity 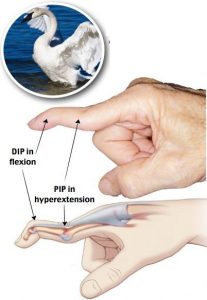 Why Is It Called Swan Neck Finger/Deformity?

When the ligaments or tendons of the middle joints of the fingers are torn or become damaged it can result in a condition known as swan neck deformity. The implication of this is an abnormality in which the joint that is closest to the fingertip is permanently bent toward the palm and the joint which is nearest to the palm is bent away from it. It is this bending of the joints which resembles the neck of a swan that the name of this deformity is derived from. The hyperextension which occurs in the middle joint can be painful and it may not bend totally at the early stage.

Let me give you a clearer illustration if you still struggle to understand the concept. Imagine the finger as a machine with different parts that makes it moves freely. For the machine to work well, it must have the bolt and nuts well tied, the pulley must also be properly aligned and it must be greased to avoid any friction. If there is a fault in any of its parts, the mechanical function of the machine will not be possible. The fingers consist of the bones, joints, ligaments and tendons all of which help to facilitate their movement. Just like the machine, the fingers work the same way and some abnormality caused by damages to the ligaments and tendons can lead to the swan neck deformity causing it to not work properly. The ligaments and tendons are like the grease that gives friction and help you move your fingers without pain or stress. While the ligaments hold bones together, the tendons are tissues that attach the muscles to bones such as the phalanges.

There are some signs to look out for whenever you feel your fingers experiencing pain. If after an accident or pressure that affect your fingers, you experience any of these signs in one or more of your fingers then you may possibly be having the swan neck deformity. Though having these signs do not always indicate that it is the swan neck deformity because other defects may also exhibit similar symptoms, but it’s usually common and is a good place to start seeking treatment:

1. Inflammation of the joints:

The middle joint which is mostly affected is inflamed because of the damages done to the ligaments. The inflammation may not go on its own if nothing is done to treat it. It can go from bad to worse until the affected finger is permanently damaged.

2. Stiffness in the Finger:

The damaged ligaments will make the movement of the affected finger impossible. There will be stiffness as the middle joint will be bent towards the palm. Any attempt to make it move may cause pain and discomfort.

The hyperextension caused to the joint can be painful if an attempt is made to bend or move the finger.

When an injury occurs at the tip of your fingers which results in the bending of the middle joints towards the palm, it is termed a mallet finger. It is sometimes viewed as the early stage of a swan neck finger even though not all mallet fingers will become a swan neck finger. Movement of your finger will not be possible with the affected finger and it will be stiff because the tendon has been damaged by being overstretched. Mallet fingers can be easily treated but if treatment is not done on time, the joint of the middle finger may bend towards the palm and result in swan neck deformity. Note that mallet fingers are more similar to swans neck fingers than rheumatoid arthritis. 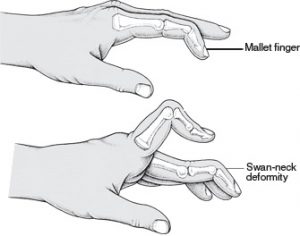 Damages to the ligaments can occur when there is a blow to the tip of the finger which reverberates to the joints. Such blows can come through accidents especially from sports where the hands play a major role. The blow can damage the ligament which holds the joints of the fingers particularly the middle joint and this places a person at great risk of having swan neck fingers.

Some people are born with weak ligaments or abnormalities in the joints of the fingers which gradually result in swan neck deformity. There is a birth defect known as congenital swan neck deformity that affects the fingers of the newborn. It is considered an uncommon birth defect because it rarely happens. It is not considered as a major cause because the factors that influence it are not verifiable. Some kids are born with certain joint issues that may look similar but they are mostly found not to be swan neck finger defects.

The major cause of the swan neck finger is stressful pressure or blow on the fingertip which reverberates to the middle joint but other underlying health issues such as Rheumatoid Arthritis can also lead to swan neck deformity or expose us to the risk of the deformity. Rheumatoid Arthritis is a condition in which the immune system attacks healthy body tissues. The antibodies sent by the immune system go to the lining of the joints and attack the tissues there. Such attacks will make the surrounding areas around the joints to become weak. The tendons and ligaments are usually not be spared in this erroneous attack and they may be damaged in the process resulting in swan neck fingers. If that does not happen directly, it can make the joints weak and increase the risk of the deformity. Rheumatoid Arthritis can easily be distinguished from swan neck fingers because swan neck fingers affect only the fingers while it affects other body joints.

Cerebral palsy is an abnormal condition that is caused by an injury to the brain either before or after birth. It can also be a result of some malformation in the brain which results in the inability to coordinate muscles of the body, reflex and balance. Most people discover the case early in life and they face difficulty in walking or coordination. Some medical researchers have linked some cases of swan neck finger to cerebral palsy. Wrist flexion and contractures caused by cerebral palsy can affect the volar plate and it can be more severe in patients with cerebral palsy because it can have both intrinsic and extrinsic effects on the joint.

Parkinson’s disease is referred to as a disorder of the central nervous system which affects the patient’s ability to move. The central nervous system consists of the brain and the spinal cord. This disorder results in the damage of nerve cells in the brain which leads to a drop in the level of dopamine. It is this drop in dopamine levels that result in the symptoms. A person affected by Parkinson’s disease feels a tremor in one hand, experiences slow movement, stiffness and loss of balance. The disease is closely linked to swan neck fingers because it also weakens the volar plate just like cerebral palsy and other health conditions.

7. Other conditions that affect movement due to damages in the brain such as stroke can also lead to swan neck finger/deformity.

Since swan neck fingers can affect just anyone and the risk of being affected are very high especially as we go about our everyday activities; avoiding the risks of being affected is the best way to begin. The next best bet is to commence treatment with medical experts as soon as any of the signs is observed or any harm is done to the joints. Treatment of swan neck finger is mostly aimed at correcting the underlying disorder and the best place to get this is from the specialist, therapist or doctor depending on what caused your own condition.

If you are ever want to prevent hyperextension of your fingers’ joint, I will recommend you use this Sterling Silver Swan Splint Ring for DIP or PIP joint. It is an adjustable splint ring that will help your joint to heal and align. It will allow you to bend your finger, supporting it in a way that will give you some comfort while wearing a beautiful piece made with love. 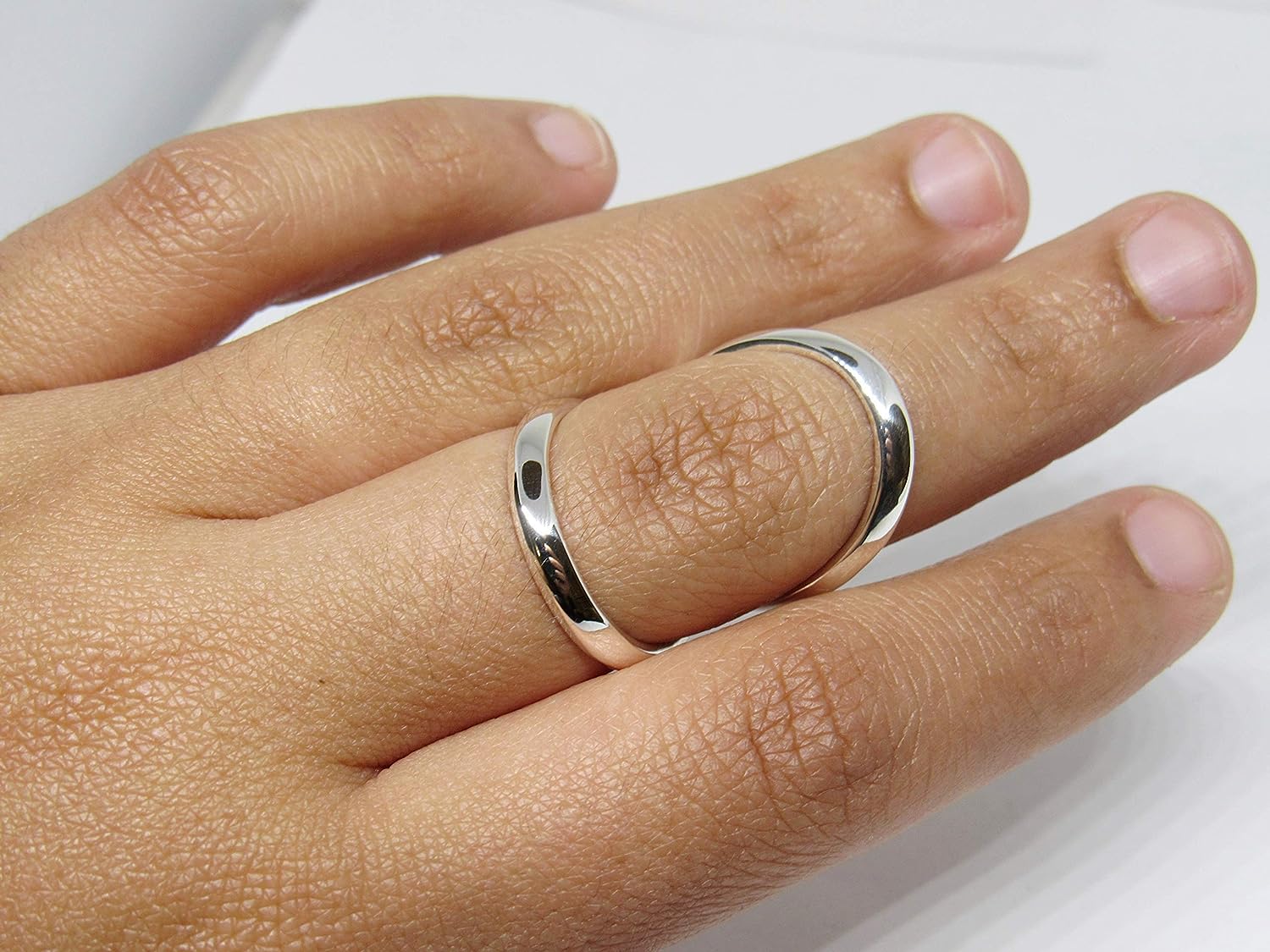 Now you know that the swan neck finger is far from the actual swan bird itself. At least when you hear people talking about it, you will have something to say the swan neck deformity. Not to mention that with the knowledge, you will be a lot more careful with your own fingers so that you don’t get them in that shape.