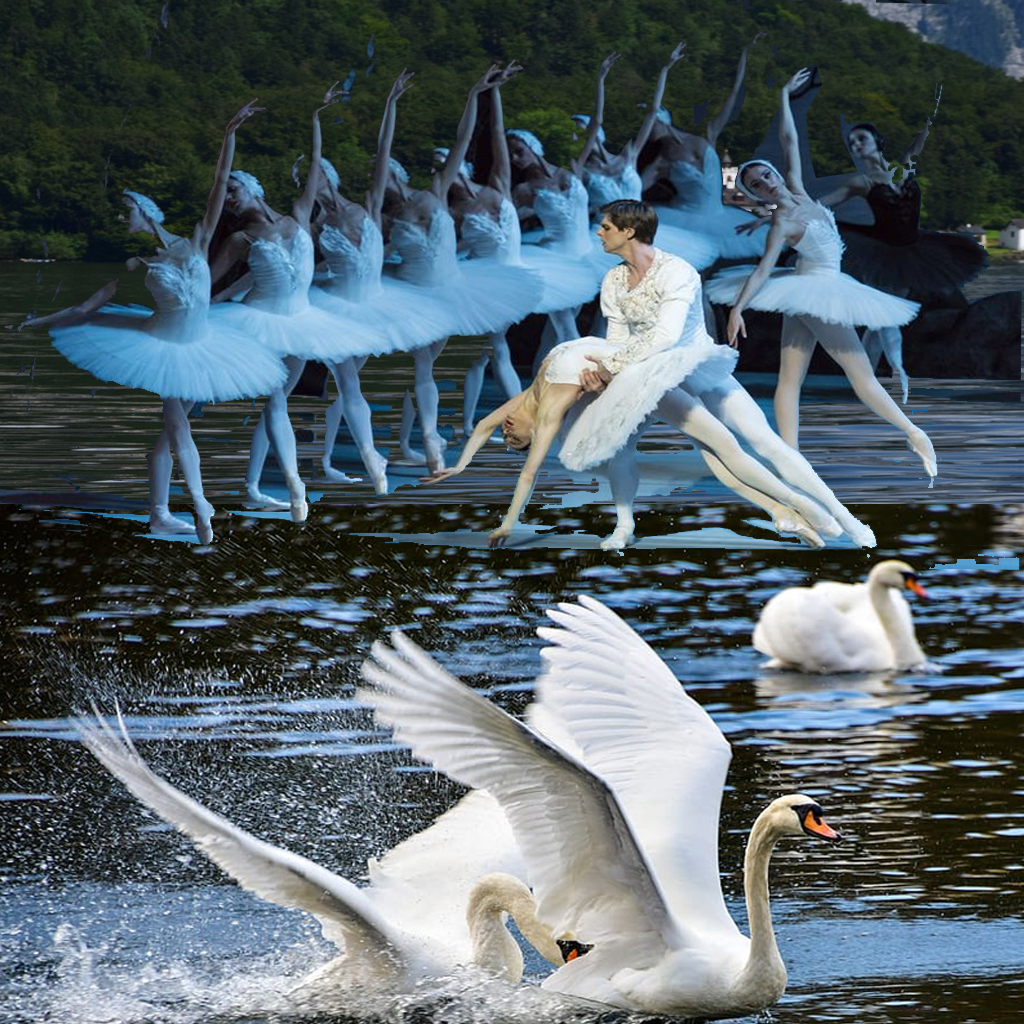 Swan lake is becoming like a regular term among many and a lot of people are left wondering what exactly is it about. A quick search in any search engine will show you tons of results on the Swan lake movie. Like, you can check page after page up until the last result and all you will see is the summary, storyline, theme and everything about the movie. While that is not entirely incorrect, it is not the only thing that the Swan lake is about. Now, there is the Swan lake movie and of course, there is the lake with ACTUAL SWANS! And in this post, I will be telling you about the two meanings and even more. 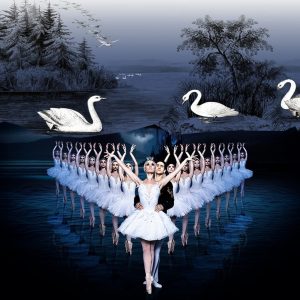 What Is The Swan Lake Movie?

With so many search result on this topic, it is almost easy to know what the movie is about and it can spur you to want to watch it. There are many variations of The Swan Lake movie today; both animations and humans. Some have taken different plots but most of them have the same storyline which is along the lines of dark magic and love. Here is a link to the most popular of the movies, Swan Lake Featuring Margot Fonteyn and Rudolf Nureyev. Here is a link to the complete recording of the three great ballets of Tchaikovsky. If you prefer to see it in a book format, here is a link to the Swan Lake Hardcover Picture Book. And of course, if you are looking for one the kids love, here is the link to Barbie of Swan Lake.

The Swan Lake, Op. 20 (In music, Op. 20 stands for Opus number 20), is a ballet composed by Pyotr Ilyich Tchaikovsky in 1875 – 1876. At first, it was a total failure, but as it is now, it has become one of the most popular ballets of all time. The Russian composer, Tchaikovsky, was the 19th century’s true master of dance music and honestly, we all agree to that.

What The Movie Is All About

the Swan Lake movie is a timeless love story that mixes magic, tragedy, and romance into four acts. It features Prince Siegfried and a lovely swan princess named Odette. Under the spell of a sorcerer, Odette spends her days as a swan swimming on a lake of tears and her nights in her beautiful human form.

Swan Lake is about a prince named Siegfried. He falls in love with the Swan princess, Odette who is a swan by day, but a young woman at night.

Prince Siegfried goes out hunting and is transfixed by the appearance of a swan, which changes before his eyes into Princess Odette. She and her maidens are prisoners of dark magic and only a marriage vow can break the spell. They were all turned into swans by her wicked stepmother and are mostly watched by her stepmother’s companion, Von Rothbart in the guise of an owl.

Princess Odette is under a magic spell that can only be broken by a man who will make a promise to love her for all time. Prince Siegfried was ready to make the promise. But along the line, he is tricked by the magician who had cast the spell on Odette. The story of Tchaikovsky’s magical ballet tells the story of the doomed love of Prince Siegfried and Princess Odette and the ballet ends with the passing on of Siegfried and Odette.

Rather than remain a swan forever, Odette chooses to pass on and Siegfried chooses to go with her. Together they leap into the lake, where they will stay together forever. This action breaks Rothbart’s spell over the swan maidens, causing him to lose his power over them and he passes on. While we may not all like both of them passing on at the end (I mean, who would like the hero and heroine to pass on in a movie about love?), they had to pass on before the magician’s spell can actually be broken. So, I can bet that they continued their love even after passing on. 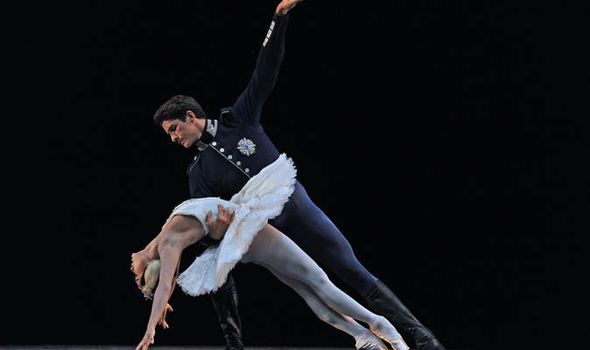 Several versions of Swan Lake exist, but the one by Rudolf Nureyev which was created for the Paris Opera Ballet in December 1984, undoubtedly remains the most seen and heard. Swan Lake has captured the public imagination for over 100 years and a lot of people are still remaking it in movies, audios or picture book.

The world masterpiece fairy tale – the Swan Lake, is an anime film based on the ballet Swan Lake by Pyotr Tchaikovsky. The film was released in Japan on 14 March 1981 by Toei and was produced by Toei Animation of Japan in partnership with Soyuzmultfilm from the Soviet Union and directed by Kimio Yabuki.

And of course, there is one remade with Barbie as Princess Odette in Barbie of Swan Lake. Thus version is really fun and colourful to watch and that is why kids love it.

What Is A Swan’s Lake?

Swans are waterfowls that rely very heavily on water bodies in their environment. They live in a variety of environments including lakes, ponds, slow-moving rivers, streams, wetlands, marshes, and more.  A Swan’s lake or a Swan’s river is basically its habitat. Any water outlet where you find Swans is a Swan’s habitat and can be called whatever the area is e.g Swan lake if it is a lake; Swan river if it is a river; Swan pond if it is a pond and so on. Also note that when nesting, the Swans usually choose sites in close proximity to water.

Where Do Swans Live?

Is The Swan Lake/River Safe To Swim?

Swans are large-bodied waterfowl that live in marshes, lakes, and other wetlands. For your own safety, do not try to swim in a lake or river where there is a group of Swans. Swans are very, very protective of their mates, cygnets and eggs. Swans can get aggressive and try to attack anyone they feel is a threat to any of these. You may not know when you are getting close to one of these and you can risk been attacked. Swimming in Swan’s lake or river is unsafe and even if you choose to go in a boat, stay far away from them as they can still attack you even in a moving thing. 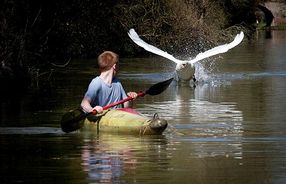 Where Do Swans Sleep And Mate?

About sleeping. Swans sleep wherever they find themselves except the air though. Swans can sleep on either land or the water comfortably. They can sleep on land and even do that while standing on one leg. They can also sleep on the water while floating and this usually happens with their heads tucked back under their wing. For their mating, they sure do not have a definite place they do that. But that happens in their nest wherever that is because of course, they need some privacy too.

Do Swans Mate For Life?

Most Swans you see are always in pairs. In fact, they can hardly not stay in pairs. If you are wondering what the other Swan is to them, it is their mate. Yes, like their partner, spouse, or whatever they call it in their kingdom. Swans try as much as possible to stick to one mate and stay loyal to them. They actually mate for life and it is only in very rare cases that they go through a divorce. Though they can still get separated either by passing on or by been taken away by a human. But those who stay together are mates for life eternal.

Do They Suffer Heartbreaks?

Yes! A loud yes! Swans suffer heartbreaks. They do not do well whenever they lose their mates. Some of them can feel so broken that they lose interest in eating and this can lead to starving. Some even forget about their cygnets (young ones) and look like a shadow of themselves. Others withdraw from social interaction and stay alone; away from the rest of the Swans. Some go as far as giving up on life and passing on!

It is not normal for Swans to be alone and they must be in pairs, especially their mates. It is actually very rare to see Swans alone and only a few of them actually go ahead to pair back up with a new Swan after getting separated from their own mates. They are actually stronger in pairs and it is easier for them to raise the young, protect their nest and fight for each other in pairs. 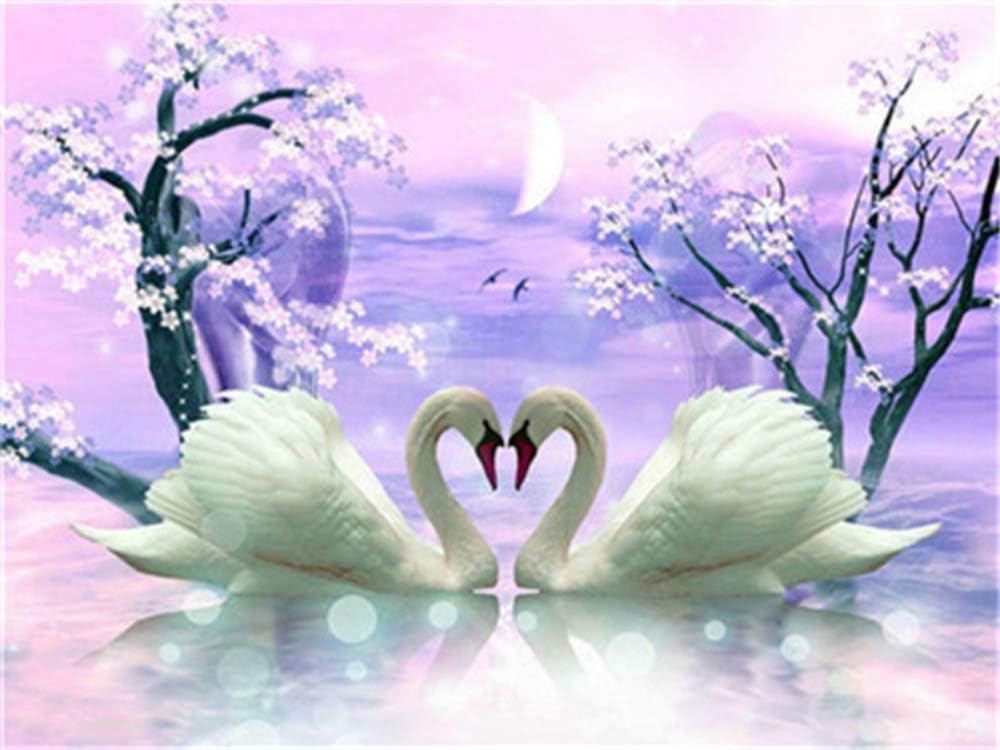 So, now we know that the Swan lake is not limited to just the lake where the Swans inhabit. We still have the Swan lake movie and that means whenever you are searching for something related to these, you would know what to look out for.