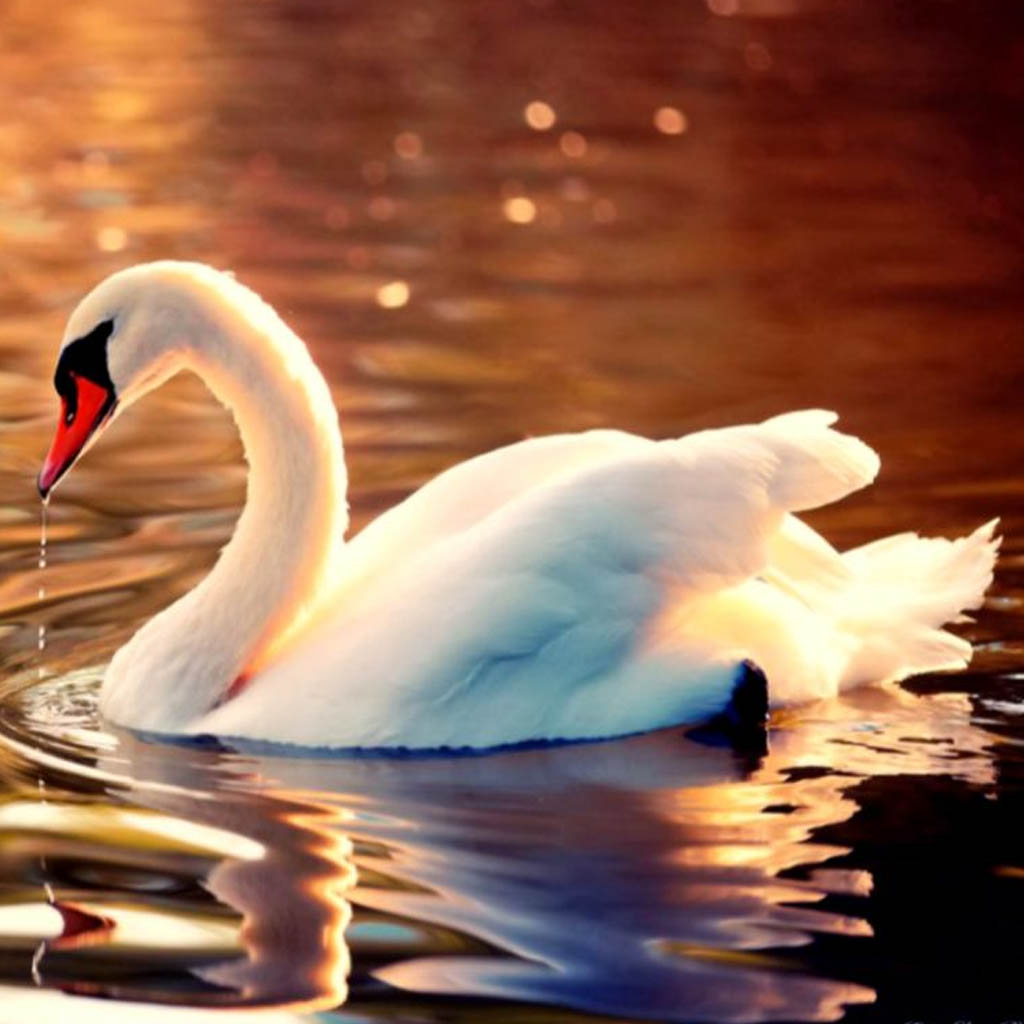 For most people when they hear about the swan, the first thing that comes to mind is a bird with feathers. But the thing is, swans are more than just birds with feathers. In a deeper reflection, you will find out that swans are measures or leagues above other birds. They have capabilities most other birds don’t; they exhibit behaviours that make them a lot more than mere birds. If you are wondering what more they are, stick with me. In this post, I’ll be sharing with you eight things you didn’t know about swans which make them stand out from other birds. 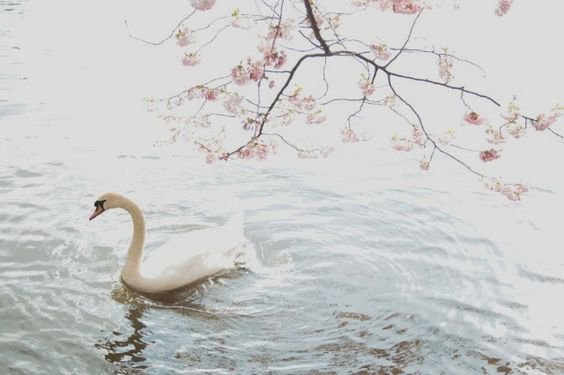 What Are Swans Exactly?

Yes, the swan is a flying bird which is also one of the heaviest, it seems so much more than just a bird. In strength, in elegance, in traits and characteristics and even more, the swan is way above the other birds of the air, land it sea. It reveals so much strength, beauty, balance and charm, and represents a lot of things humans like to be associated with.
Humans might have prided themselves on the fact that they are the only creatures of nature capable of rational behaviours and independent decisions. Recent studies and subsequent findings have however shown that this belief might not be entirely true. Organisms exist that are capable of social behaviours like the show of emotion, great teamwork and mutual concessions to help one another. These and more are what the swan is capable of doing with ease.

What Makes Swans So Special?

Swans can rightly be categorised as rational birds if one takes time to study their behaviours. These birds are known to do many things common in men like remaining loyal to their partners such that the loss of one could lead to the passing on of the other. Such loss is so painful that the bereaved consequently may eat less, become withdrawn and ultimately pass on. Swan couples are known to be able to call out their partners in a clutch, just similar to what humans do in calling names. Just like man, they are known to help out those of them either injured or sick especially during their migratory flights. Swans are associated with love that ancient Greek mythology has it that King Zeus in Ancient Greece disguised as a swan to seduce Leda, a Spartan Princess. These are a few among the many things that makes swan so special. So let me show you some more amazing things that you may not know about the swans that set them apart from the rest.

8 Amazing Things You May Not Know About The Swans

If you don’t know much about the swans or have not really taken much time to find out about them, allow me to blow your mind. Here are 8 amazing things I yo really may not have known about swans which I want to let you know. Trust me, it will surely make you love them even more:

Swans are well known for their loyalty and devotion to their mates. They are reputed therefore to be ‘monogamous’ in nature which means they maintain one partner throughout life. Collective effort is utilised in activities that benefit the entire clutch such as the construction of nests and incubation of eggs. It is the responsibility of female swans to incubate the eggs, however, the male may help out and in certain instances even sit on the eggs longer than the female. In the event where the couples wish to have young ones (cygnets) in rapid successions, the male may entirely take over incubation of the eggs to allow the female the opportunity to cope with successive births. The bond among these birds can easily be seen in a visit to a swan pond or stream. In such instances, the birds will be seen in pairs playing and swimming together. A sight to behold is where they sit and face each other on the water surface with their necks arched in the shape of a heart or love. Display of emotion and relational behaviour is not the exclusive reserve of man alone as these wonderful creatures have shown. The Mute Swan, which is one of the six species of swan, is said to epitomize ‘swanness’because it exhibits more swan behaviours than most others do. 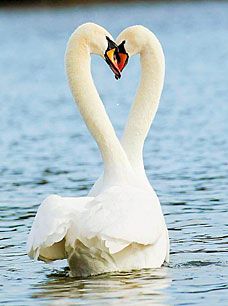 2. No Laughter Or Merrymaking:

Humans engage in laughter and merrymaking to connote happiness and well being. We laugh to celebrate and express signs of good things to come. Even other animals leap with joy when they see their owners coming with food or playing with them. But this is not true with swans as they are known to laugh only mostly when they are nearing their end. Even the sight of food does not excite them and that leaves one to wonder how what exactly they do in pairs that make these stay so loyal to one another.

Swans quite mysteriously, sleep while standing on one leg or even while floating. And usually, their heads are tucked back under a wing to stay comfortable. They are also known to put their legs on the back while they stand. This is nothing strange as it is just akin to humans folding their legs one on the other while they sit. Though swans can both dwell on land as on water, they are however known to swim faster than they can fly, even though they are said to be able to fly high and fast. They are assisted in swimming by their webbed feet as well as their streamlined bodies (which is also vital to smooth flight) as they sail in the air.

Although swans are known to be quite lovely and beautiful, there is an aggressive side to them, particularly where other water birds, whom they regard as competitors are concerned. They can also show aggression to humans but that is usually rare. Swans may be so aggressive towards other waterfowls that may cause their displacement. This displacement when it does happen may endanger the displaced bird. Endangering other birds necessitated certain governments to have programmes that are aimed at the population of swans. They can be as aggressive to competitors as much as they can be lovely to themselves.

Swans are the biggest and heaviest birds which make many people easily conclude that they can’t fly. However, unlike other waterbirds, swans do actually fly high, fast and across very long distances. Pilots from sightings while in the air have attested to how high these mysterious birds can fly. Anatomically, their bones are not as strong or as heavy as those of other birds or animals which in essence facilitate flight. But from a tender age, cygnets begin to learn how to fly. A process which serves to cause the development of their chest muscles that will eventually work their wings in flight, and also help them preserve their flight for long. Swan flights can be occasioned by the need to escape from predators, to search or forage for food or even when it is time to establish new nests.

What is more? Swans can fly for long periods across several countries or even continents. During such lengthy flights, the birds may have a stop to replenish lost energy and water before the journey is resumed. A swan in flight demonstrates its strength and agility in the air. and this is indeed a sight to behold. Worthy of note here is the fact that swans do not fly when they are moulting (shedding their feathers and growing new ones). During this period, they live close to ponds, streams or other water bodies until they have grown new feathers. At the end of this process, they may take off en masse to search for better nesting grounds. 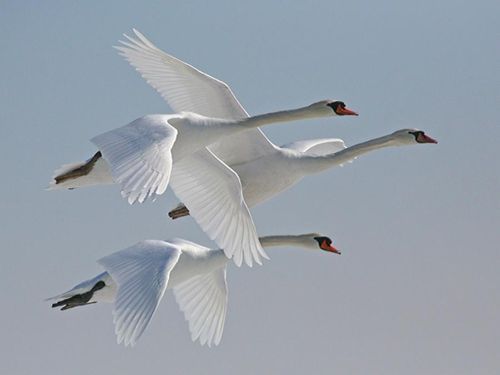 Swans have had to survive through difficult times for long. Human activities like hunting, poaching, fishing (especially with chemicals) have been quite threatening to their existence. To prevent the loss of this wonderful gift of nature to extinction, various governments established laws to stop hunting it for whatever reason. In the United States, for instance, the Act for the Protection of animals has made it wrong to hunt or harm animals for any reason. Under this law, the prevalence of arraignments, trials and convictions have all but stopped the danger of illegal hunting. Significant conservation efforts have led to the stability and rebound of a specie once threatened with extinction. Swans in essence, like most living things, can survive through difficult odds as they have that survival ability most of us have.

Unlike many other animals and more like the man himself, swans have been known to be involved in real human cases even though it is rare. Much as swans are known for their loyalty and devotion, a certain specie among them is known to stray from this tradition sometimes and that is the Australian Black Swan. Occasionally, the female Australian Black Swans may cheat with other male swans as against their partners. In extreme cases, the female may even go its different way to signify a ‘divorce’ and set up a nest with another male. Divorce may be occasioned by a poor breeding season in which many of the cygnets pass on after hatching or the inability of the male to reproduce.

Swans have this allure and grace about them and at the mention of their name, the first thing that comes to mind is beauty, love and loyalty. This feeling has been put to great use in the design and sales of ornaments, arts and many other items to which we are intricately connected. Items designed, painted or created with swan inspirations are received with appreciation and have very sentimental values to us. 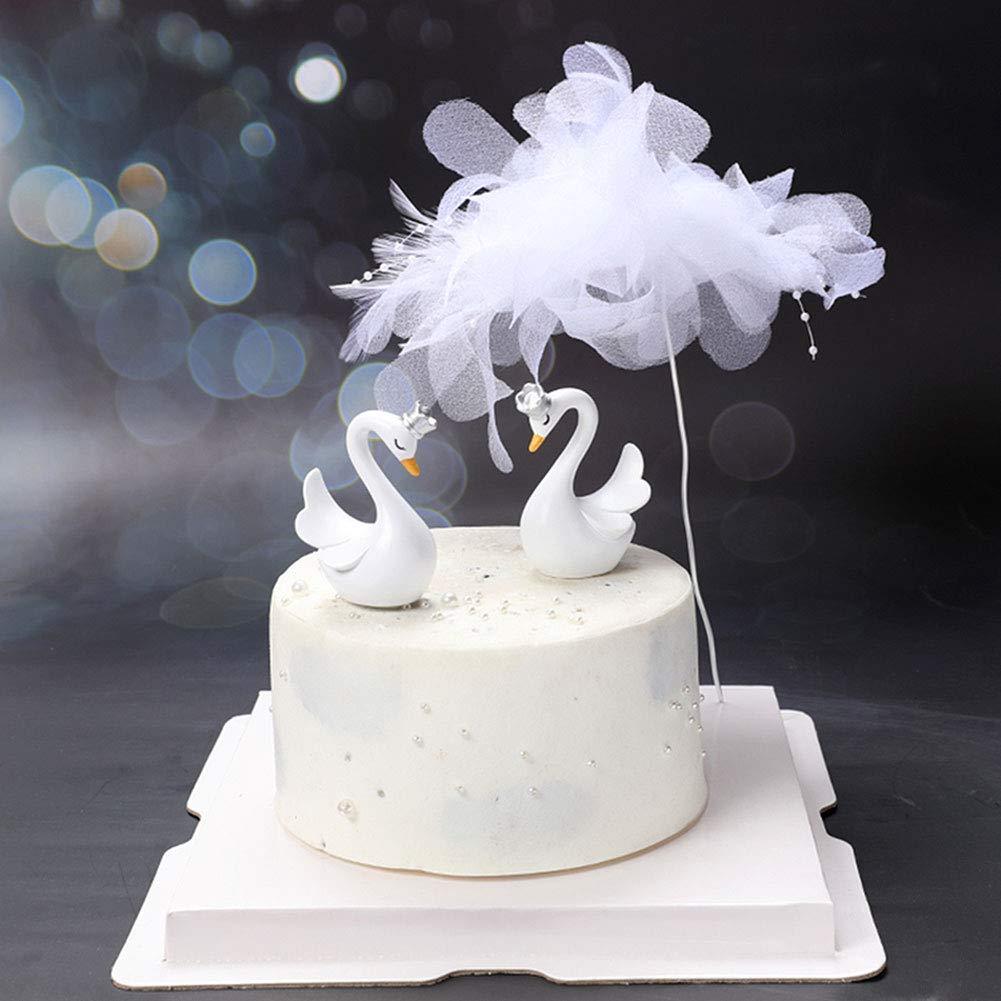 The swan is one bird that despite its size and weight, can comfortably fly, swim and do many other things which birds in almost the same category cannot do. The swan is shown to be an embodiment of beauty, elegance, love and loyalty. I bet it is safe for me to say that many people (including myself) have fallen in love with the swan not just because it is an elegant bird, but for most or all of the reasons mentioned here. And I believe you have probably joined in, lol.